The company specializes in products for communication endpoint, encryption, unified threat management, antivirus, and security software for home and business users. Sophos has been operating in the industry for more than 30 years.[2] 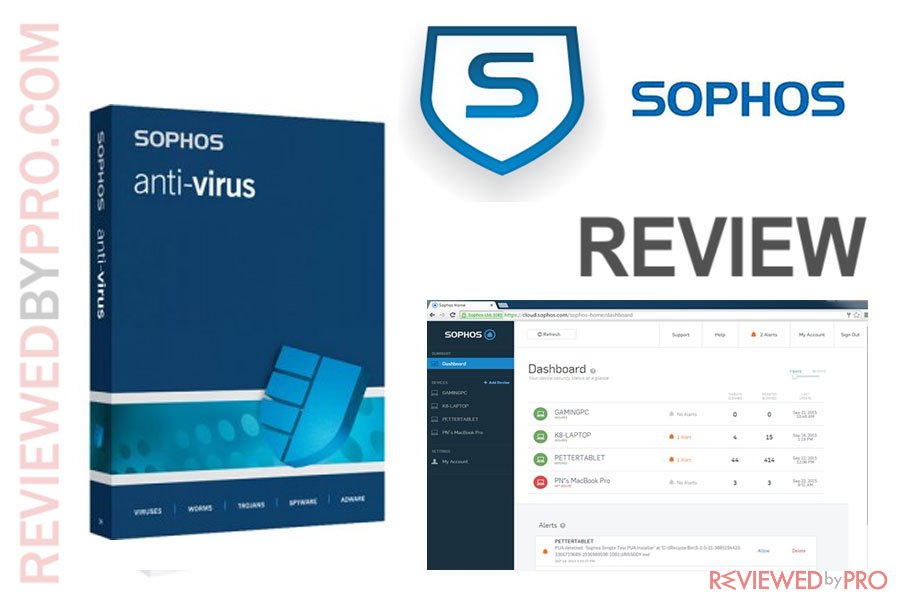 Sophos Home is developed to protect multiple computers in a household. It offers advanced, business-class antivirus and anti-malware protection, web filtering technology which stops various types of malware and other threats, blocks unwanted and malicious web content and allows users to easily manage remote computers. The application works on both, Windows PCs and Macs.

Sophos Home offers free and paid versions of the application. The free version provides users with security essentials such as antivirus and web filtering, while the Premium version includes more advanced features, live and email customer support and more. The paid version starts at about $56 a year and can cover up to 10 devices. If you want to check the product before purchasing it, Sophos Home also offers users a free 30-day trial of the Premium.

We have tested the program for about 10 days on our Windows 10 PC. 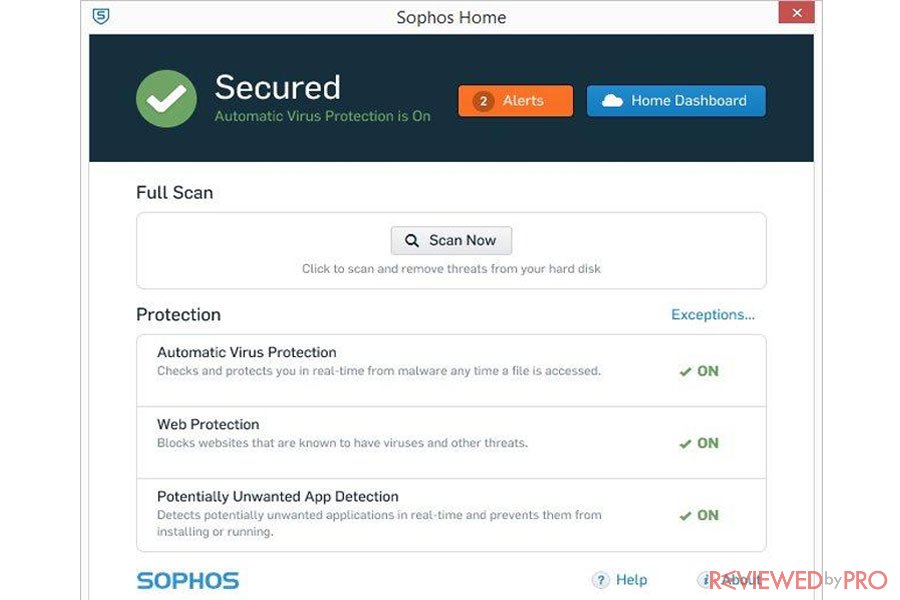 Once installed, Sophos Home started its job with a full initial scan. The program works smooth and accurate, as it detected all the malicious software samples installed in the PC and quarantined them. We were more than happy with the scan results and effectiveness. The program also detects and blocks malicious and unwanted websites.

However, when it comes to bigger tests, Sophos Home for Windows PCs was not tested by an independent testing lab AV-TEST. Interestingly, Sophos Home for Macs and Sophos Mobile Security for Android applications have been tested and received good feedback. The business version of Sophos Antivirus was also tested by AV-TEST. Sophos Endpoint Security delivered the perfect results and detected 100% of both, zero-day and widespread malware.[3]

Sophos Home provides a very decent feature set in both free and paid versions. For instance, its free edition includes the following:

The paid version includes the following:

As you can see, even the free version provides useful and essential features. However, if you want advanced, business-level antivirus and anti-malware protection, then you will have to purchase the paid version. 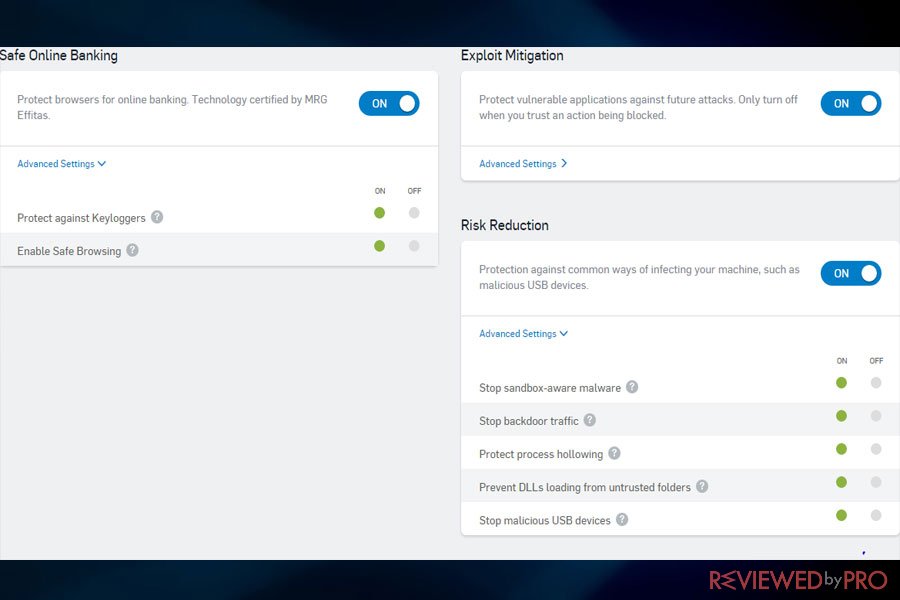 The download of the program was pretty simple, however, the program was not as lightweight as we expected. Sophos Home added even 12 background processes and used about 400MB of RAM. Even though an average user would not even notice the slowdowns or interruptions, the amount of resources used is bigger than the average. It also has a bigger system-performance impact while working in the background or during scans. As a result, it can cause some interruptions and slow down a PC which is below the average.

The full system scan took us about 45 minutes, which is about in the middle. The scans are accurate and efficient.

Sophos Home has a very open and bright interface. The interface takes about half size of the screen and cannot be resized, only moved around. Sophos is very intuitive and easily used, as all the features and accessible within a couple clicks.

Sophos Home looks like a good solution for those who want to protect multiple devices, thus, even the free version can protect up to three devices. In addition, cloud-based management is super convenient for those, who want to take control of their device’s security from multiple locations. The paid version includes business-level protection that demonstrates 100% malware detection rates.