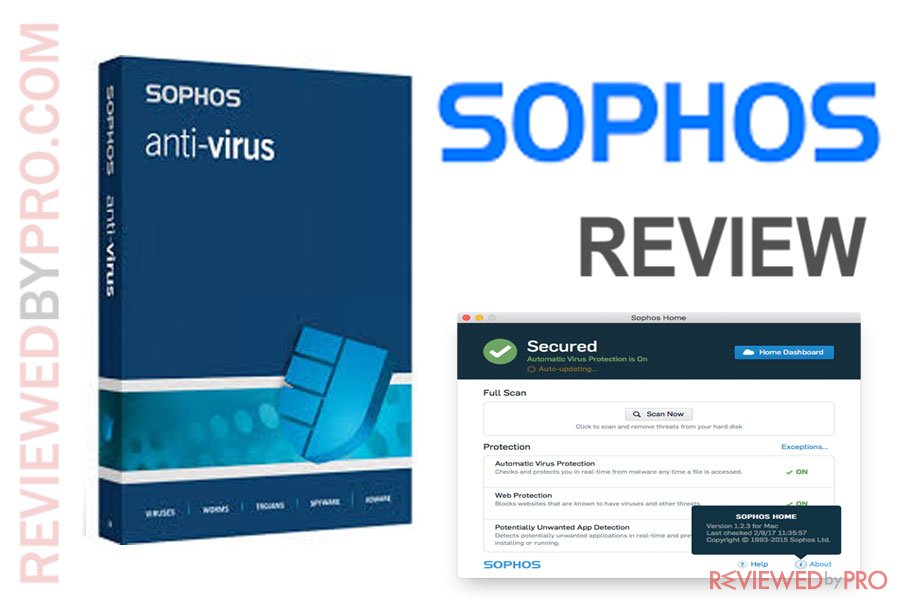 Sophos Home Antivirus for Mac is a reliable antivirus application for those who look protection for their entire family. Sophos Home is bundled with Windows operating system and offers free and Premium versions. Premium version cost 40 euros for a year. Sophos Home Antivirus for Mac covers up to ten devices that can be linked under a single Sophos Home account for remote management. If you want to try Premium before purchasing it, keep in mind that Sophos also provide a free Premium trial for 30 days.

The software supports macOS 10.12 Sierra, macOS X 10.11 El Capitan and 10.10 Yosemite with 1GB of RAM and 1GB of free disk space. The installation is pretty easy and will not take long. 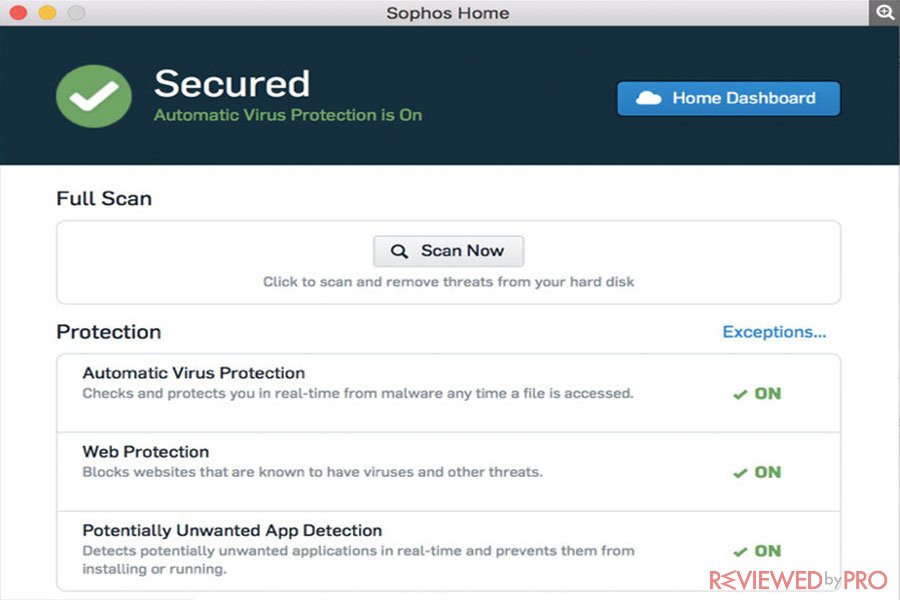 Sophos Home, just like most of the antivirus products, uses a traditional signature-based malware detection engine and heuristic monitoring in order to detect malware and other suspicious files.  In addition, Sophos also detects and removes Windows malware to stop them from spreading. The antivirus application also constantly scans a computer and its connections. Users are also able to perform on-demand scans from the remote location.

When it comes to antivirus performance, Sophos Home Antivirus for Mac was tested by the German independent lab AV-TEST. According to AV-TEST, the antivirus detected 98.4% of Mac malware and demonstrates a very decent antivirus detection.

As it was mentioned before, Sophos Home Antivirus for Mac offers users free and Premium protection.

The following features are available for 30 days before you have to purchase the full version of Sophos Home Antivirus for Mac: 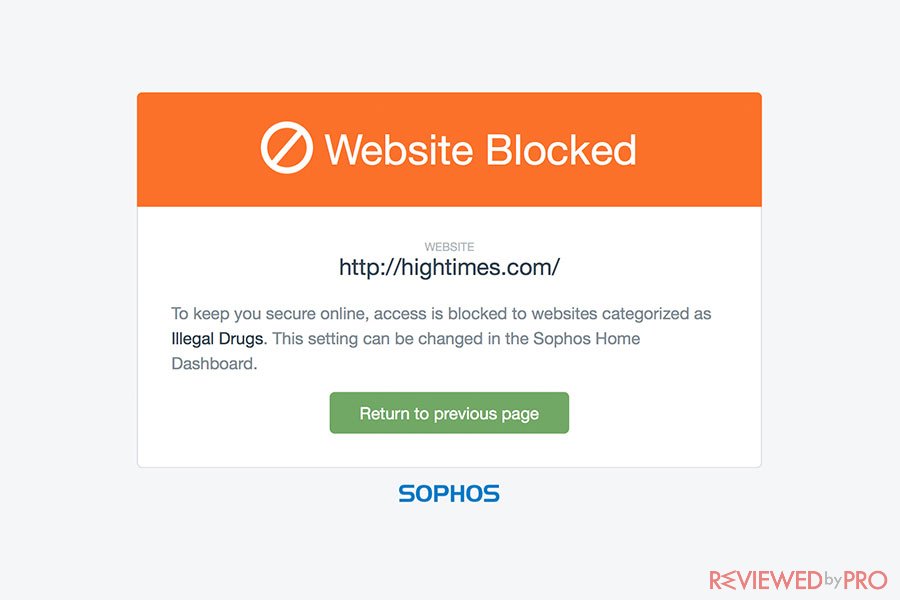 Sophos Home Antivirus for Mac has a relatively low impact on a system. According to our test results, the free version had a passive system hit of 1.2%.

When it comes to scanning performance, during a full-system scan the test computer was impacted by 6.3%. The full scan takes approximately 40 minutes.

Sophos Home has a simple interface. The main window allows users to perform on-demand scans and check the status of the device. However, if you want more controls, you have to launch the Sophos Home web interface.

The interface looks simple and easy to use. 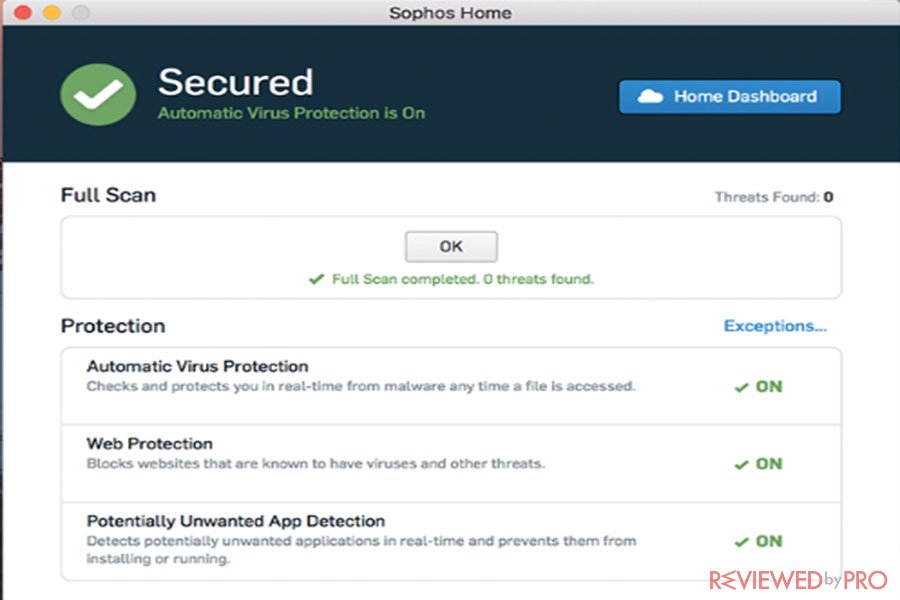 Sophos Home Antivirus for Mac is a great choice for families. It provides users with a variety of useful features, including parental controls and remote management in its free version. It would be a great solution for those who want to protect their entire family without spending anything.

The advantages of the application are easy to understand and simple interface, system scans that can be performed within a single click, additional features, including useful parental controls. However, malware detection is far from perfect.