Bitdefender Antivirus for Mac[1] is developed by a Romanian-based cybersecurity provider Bitdefender. The company focuses on providing advanced security and antivirus solutions for businesses and individual users around the world. Bitdefender was established in 2001 and since then, successfully operates the cybersecurity industry. Bitdefender is used by over 500 million users in 150 countries worldwide. Bitdefender provides security solutions for all the major operating systems including Windows, macOS X, Android, and iOS devices, networks, and endpoints. 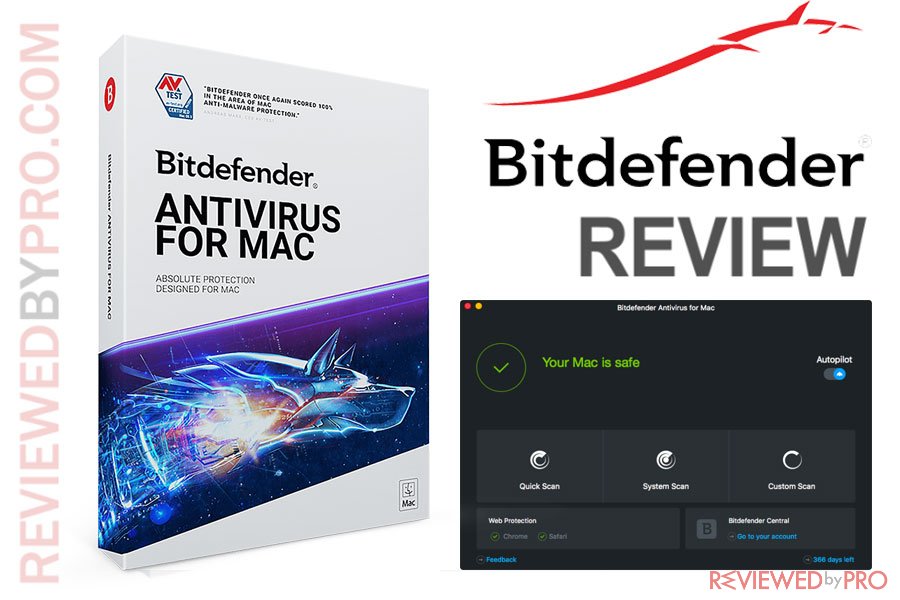 Bitdefender Antivirus for Mac is one of the most popular and recommended security solutions for Mac users. The antivirus provides advanced next-gen antivirus protection, including flawless protection against ransomware.

Bitdefender Antivirus for Mac license starts at $39.99 for a single Mac and $49.99 for up to three Macs without an offer. Users can also add Bitdefender Premium VPN for $39.99 a year.

Bitdefender Antivirus for Mac runs on Macs that support macOS 10.12 Sierra, OS X 10.11 El Capitan, 10.10 Yosemite and 10.9 Mavericks. It also requires at least 1 GB of RAM and 400 MB of free disk space. The installation is pretty easy and quick. First, you need to create an account using the activation code and download the installer. The program downloads the rest of the installation files and automatically finishes the installation process. It takes about 8 to 10 minutes to complete all the steps. 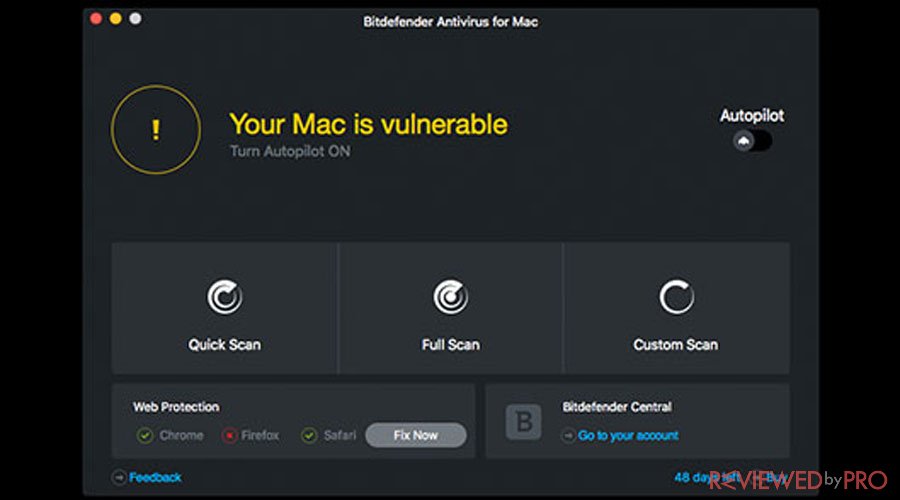 Just like most of the antivirus applications Bitdefender Antivirus for Mac utilizes a traditional signature-based malware detection to detect known malware, and a behavioral-pattern recognition to search for zero-day malicious icons. All the suspicious files detected are sent to Bitdefender’s cloud servers for further investigation.

Bitdefender also looks for Windows-based malware and prevents it from spreading.

The antivirus system was tested by a German-based independent testing lab AV-TEST. According to the test results, Bitdefender demonstrated an excellent malware detection rates and detected 100% of both, widespread and zero-day malware samples. In addition, AV-Comparatives, another independent testing lab, noted that the antivirus did not deliver any false positives. Bitdefender Antivirus for Mac offers an excellent malware protection. 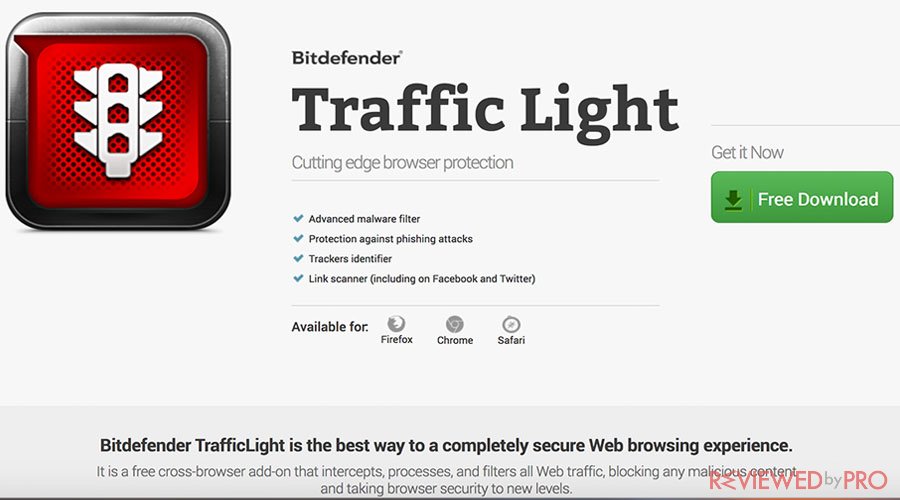 According to our tests, Bitdefender Antivirus for Mac has a mediocre system performance hit. In order to test the system-performance impact, the OpenOffice test was used. It took an average of 2.5 minutes to complete the test, which is almost 3%, relatively high in comparison with other products. During a full scan, the system was impacted by almost 8%.

Bitdefender offers users smooth, quick and accurate scans. The full-system scan was completed in a minute and a half. Users can choose between quick, system and custom scans.

Bitdefender Antivirus for Mac has a very pleasant user interface. The interface looks attractive and modern. The main screen of the antivirus displays system’s status. Users can perform a screen through the main window within a single click. 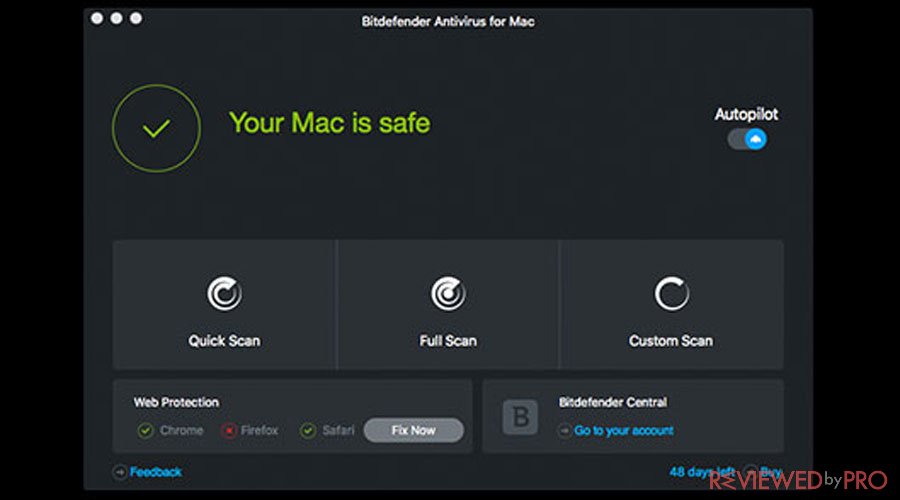 In addition, your Mac needs to have 1 GB of RAM Memory, at least 400 MB free hard disk space. An Internet connection is also required for registry and updates.

Browsers that TrafficLight is available for is Safari, Mozilla Firefox, and Google Chrome.

Bitdefender Antivirus for Mac is a great solution for those, who look for reliable protection and useful feature set.

Bitdefender Antivirus for Mac has a perfect malware detection and removal rates. In addition, it offers advanced ransomware-defenses and parental controls. The user interface is also very pleasant and modern looking. However, when it comes to system-performance impact, Bitdefender noticeably slows down a system and has one of the highest passive system impact compared to its competitors.