The company was originally founded in Los Angeles, CA, the USA in 1988. Today Trend Micro is headquartered in Tokyo, Japan, has a Research & Development center in Taipei, Taiwan and regional headquarters in Europe, Asia, and the Americas.[2] 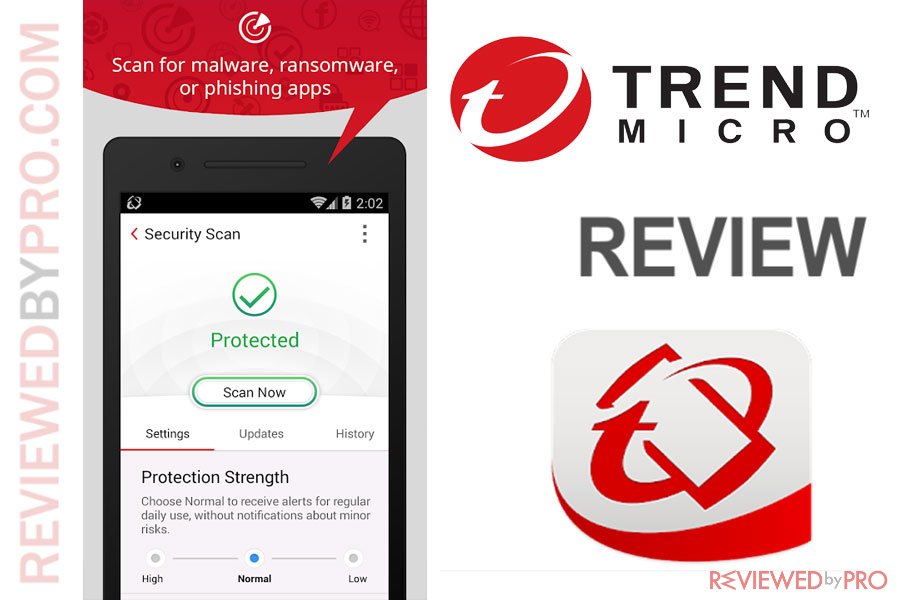 Trend Micro develops various kinds of security software for cloud computing environments, servers, consumers, and businesses. The company is well known in the market for its experience and advanced, next-gen security, privacy and optimization software across all the major operating systems, networks, and servers.

Trend Micro Mobile Security & Antivirus for Android was downloaded more than a million times and has a rating of 4.6 out of 5 stars at the official Google Play app store.[3] The company offers a free trial. The paid version starts at $36.29 per year for a single device. The company also offers Trend Micro Maximum Security package which includes all the capabilities of Password Manager for up to 5 devices. 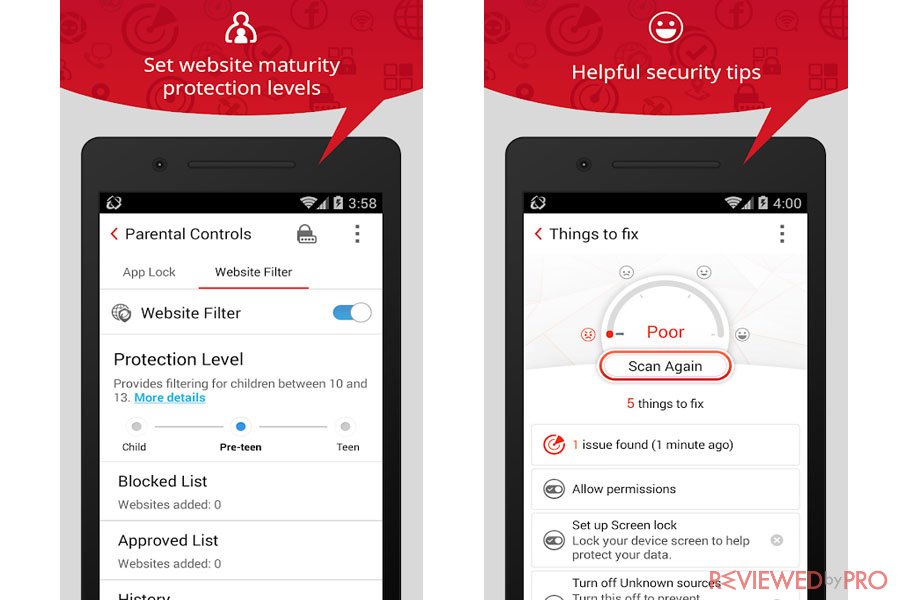 We must admit, the protections work quickly and efficiently. Once installed, Trend Micro Mobile Security managed to detect malicious apps that were installed in the test device and successfully removed them. We also tried to visit malicious and phishing sites that were also successfully blocked by the application.

Even though Trend Micro Mobile Security worked great on our test device, in order to critically evaluate the applications’ efficiency, we also checked how it performed in the bigger test, conducted by the independent testing lab AV-TEST in May 2018. According to AV-TEST,[4] Trend Micro Mobile Security has excellent malware detection rates, as it detected 100% of the latest Android malware in real-time, and 100% of the latest Android malware discovered in the past month.

As you can see, Trend Micro has excellent antivirus protection rates. 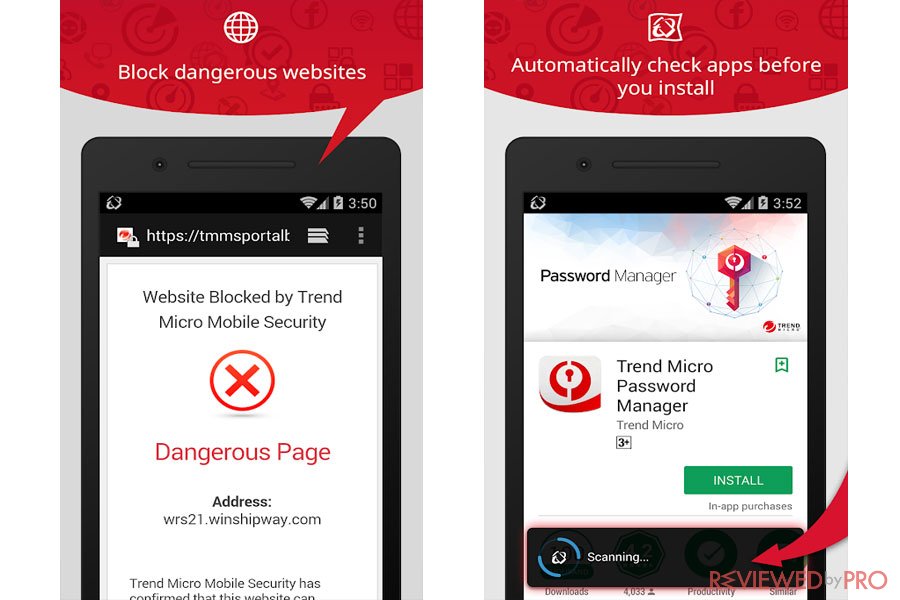 When it comes to the app’s usability, it demonstrates almost perfect rates. We could not feel or notice any interruptions or lags after installing the Trend Micro Mobile Security app.  The battery life also was not impacted. In fact, battery life actually increased, due to the performance features.

According to the AV-TEST, Trend Micro Mobile Security does not impact the device’s battery life and does not slow it down, during normal usage. It is worth to mention that the app does not generate too much traffic.

When it comes to scans, Trend Micro Mobile Security offers very accurate scans, however, they take a bit longer than a system average. The scans are also very informative and operate automatically. Every single app will be scanned before it is even downloaded on the system, which is very convenient and extra safe.

Trend Micro has a very classic and traditional user interface. Users can easily find any feature such as System Tuner, Network Protection, Messenger Protection, Parental Controls, and more. It requires the only couple of clicks to perform a manual scan. The design is simple, looks fresh and wide. Just like many other apps, Trend Micro uses red and green colors to visual appeal the device’s health. 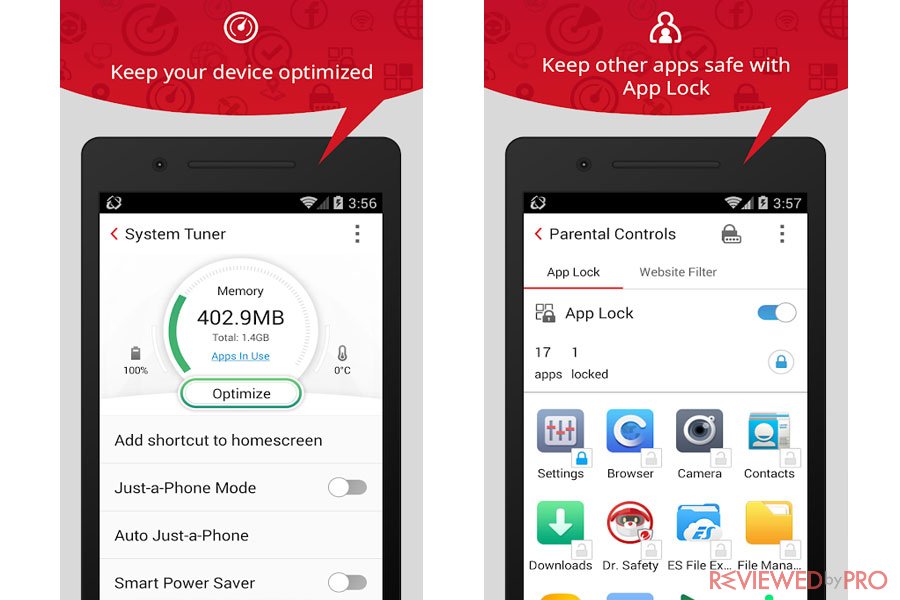 Trend Micro Mobile Security & Antivirus is one of the best security applications for Android devices. It offers excellent malware detection and removal rates, has a minimal negative impact on a system, even increases its performance and battery life. The app is also very convenient and simple. However, it can seem a bit expensive for a single device, as there are many similar mobile security and antivirus apps for a lower price and a wider feature set.