Avast Antivirus 2018 for Android provides users with protection against mobile threats and viruses. By using Avast for Android, users can bank or shop online with confidence, because Avast is one of the most trusted security systems in the world. Avast Mobile Security has over 100 million installs. Avast Antivirus protects users against phishing attacks from email, phone calls, infected websites or SMS messages. In addition, it alerts users when they install spyware and adware apps that might violate user privacy.[1]

Avast Mobile Security protects users’ payments, chats, pictures or other sensitive information, so they can connect anywhere with confidence that no one else can reach their private data.

Avast Mobile Security protects Android users against intruders, malware, and viruses by applying one of the most powerful and effective technologies on the market.

Avast Mobile Security allows users to block calls and lock applications via password. From now on you do not need to pick up calls from unknown numbers or be afraid that third-party users will access your social media or other apps that might contain private information.

Avast provides users with free and premium versions of Mobile Security for Android. 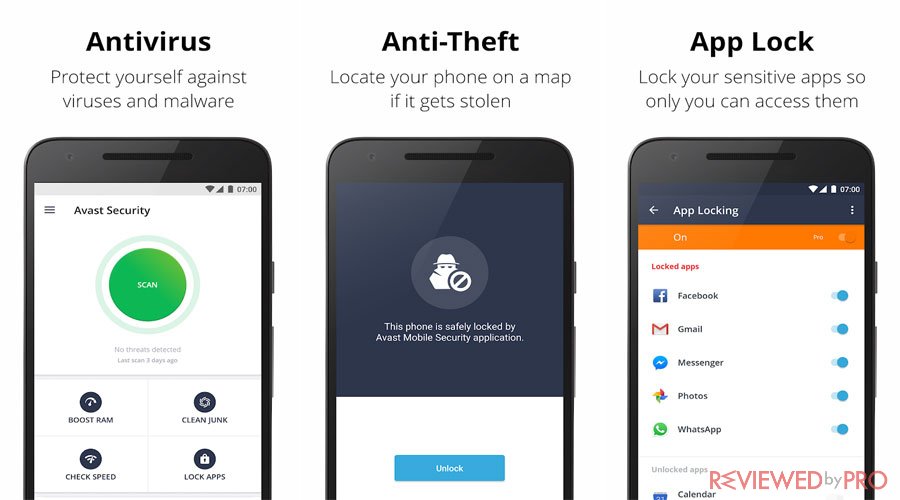 New Premium Features include the following:

Avast Mobile Security enables users to protect their security and privacy by locking any app with a PIN code or touch gesture. This way users can protect their most used apps that might contain private or sensitive information from third-parties accessing them.

Avast Mobile Security provides users with Avast Direct Support, which users can contact if they face any mobile security-related issues. 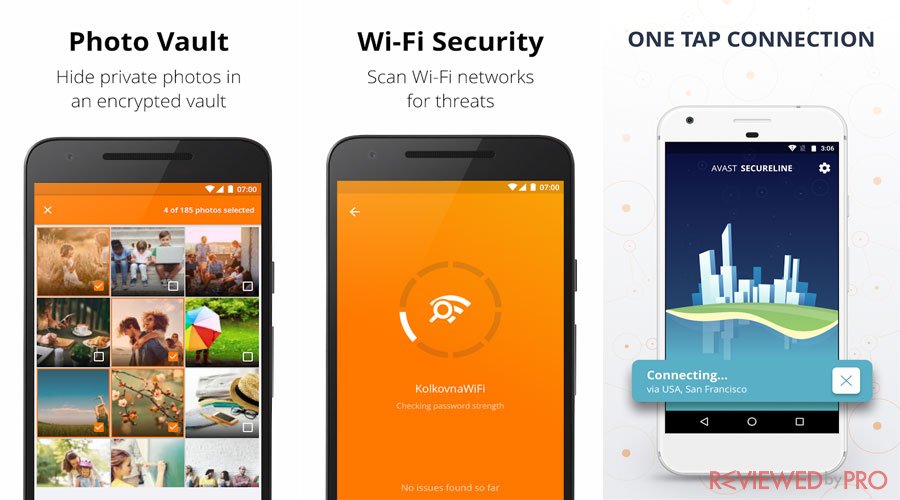 Virus and malware scanner scans the Android device automatically and looks for infections or dangerous applications, trojans. The mobile security also includes a Web & file scanner for complete protection and protects users against spyware and viruses.

Avast Mobile Security keeps your private information private. Users are able to add phone numbers to blacklist, and block callers users do not want to contact.

Avast Mobile Security enables users to check the security of each network the device connects, so users are able to securely browse, email, and make payments whenever they are.

You might think that using antivirus and security application for your Android is enough and covers all the protection. However, in order to completely protect your privacy and security, a VPN service is also required. Avast SecureLine VPN for Android encrypts user Internet connection for true online privacy. By using Avast VPN SecureLine users receive unlimited, fast, secure and anonymous VPN Proxy service, one of the best for Android. The VPN service unblocks restricted sites and apps, provides users with anonymity and protects them in public, unsecured Wi-Fi.[2]

Avast SecureLine VPN is a number one VPN Proxy on the market and provides VPN services for over 400 million people worldwide. 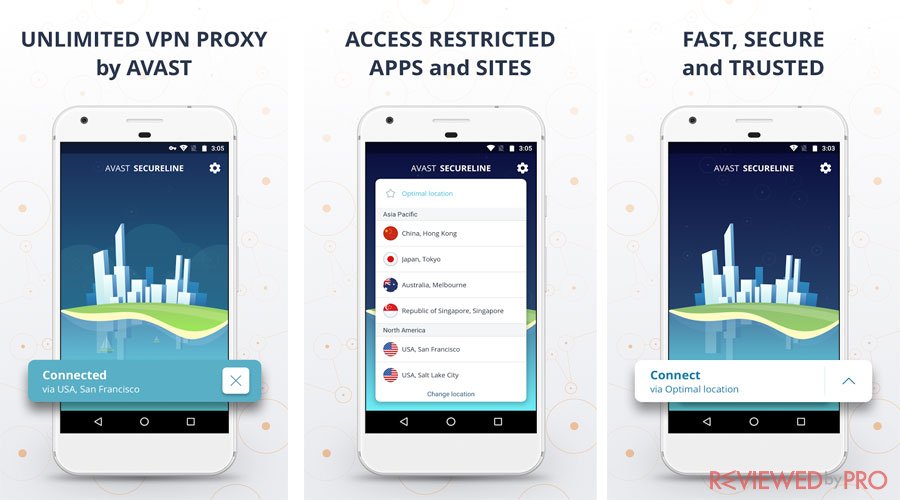 Different countries and locations have different Internet restrictions, so if you travel, you might find that some websites are blocked. When you use Avast SecureLine VPN you can unblock websites and even applications. In addition, you can also use Avast VPN servers that are located in multiple countries, to get access more content from your Android device. Even if the Wi-Fi connection restricts certain apps, you will be able to unblock any app instantly.

Avast SecureLine VPN features a simple one-click widget to the user dashboard and makes it easy to turn the secure connection on and off within a single click.

How does Avast SecureLine VPN for Android work?

Your opinion regarding Avast Mobile Security and Privacy Cancel reply